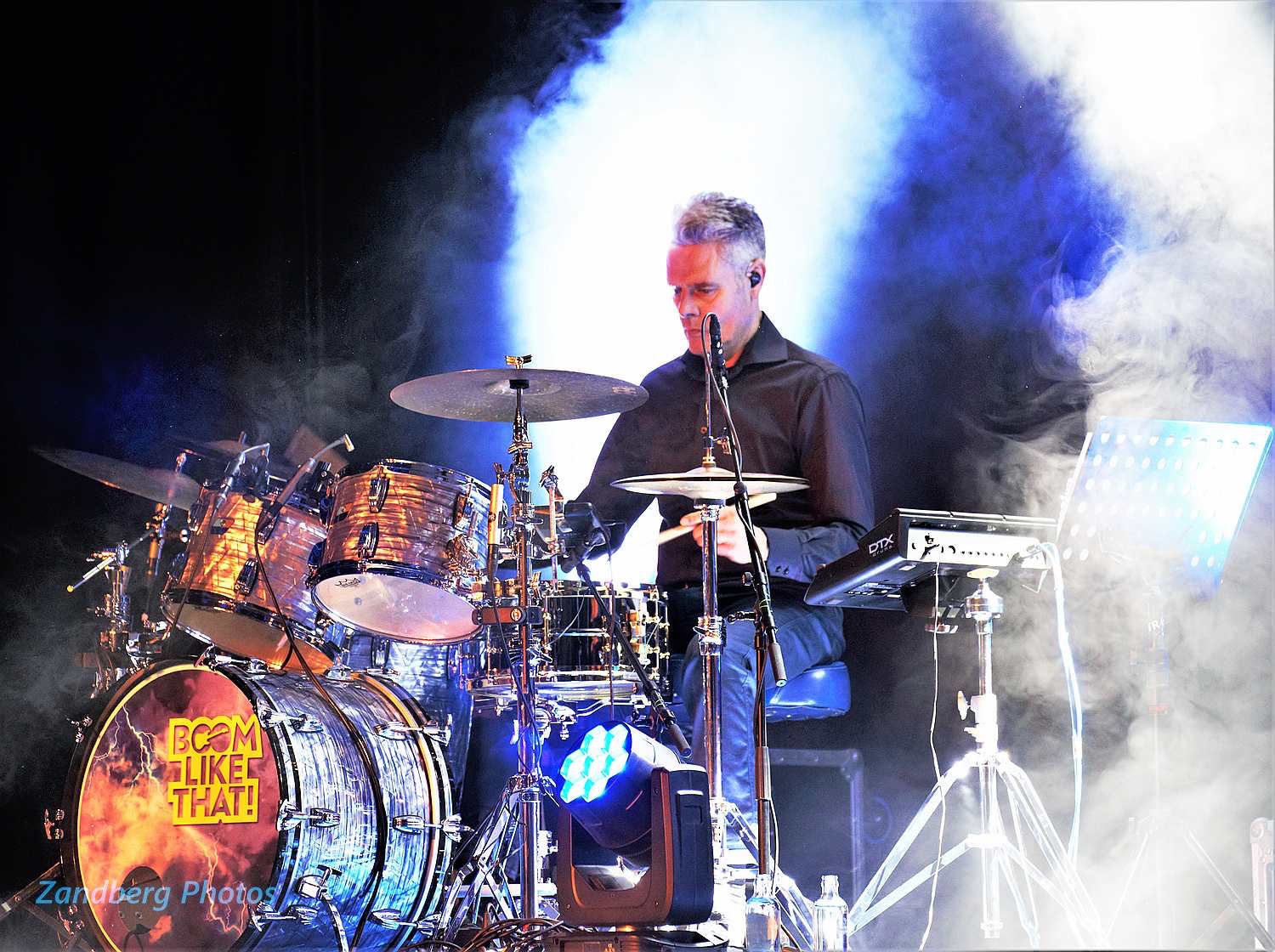 Fans of Dire Straits and Mark Knopfler will enjoy the beautiful music of this band. Who does not know the world famous songs? “Sultans of Swing”, “Brothers in Arms”, “Telegraph Road”, “Money for Nothing” and much more! During a two and a half hour show BOOM, like that! takes its audience from the very beginning of Dire Straits to the more recent hits by Mark Knopfler.

Dire Straits (1977-1995) was a British rock band characterized by the unmistakable guitar playing and ‘narrative’ voice of Mark Knopfler. In 1995, Mark Knopfler left the band to focus on his solo career. Nowadays Dire Straits seems to be a little bit forgotten by the general public. That is a pity because the music of Dire Straits and Mark Knopfler remains great music to listen to. Luckily BOOM, like that! will change that mind set! The band was founded in January 2014 and has become the best and most successful Dire Straits band in the Netherlands and a very popular band at festivals and theaters. With high-level quality and accuracy the beautiful songs from Knopfler brought back to life again. The band that contains of eight experienced musicians, is unique in the Netherlands and perhaps even well in Europe! The distinctive sound of Dire Straits, the typical sound of Knopfler, all complete with the characteristic details, authentic instruments, sound effects, saxophone and percussion… BOOM, like that!